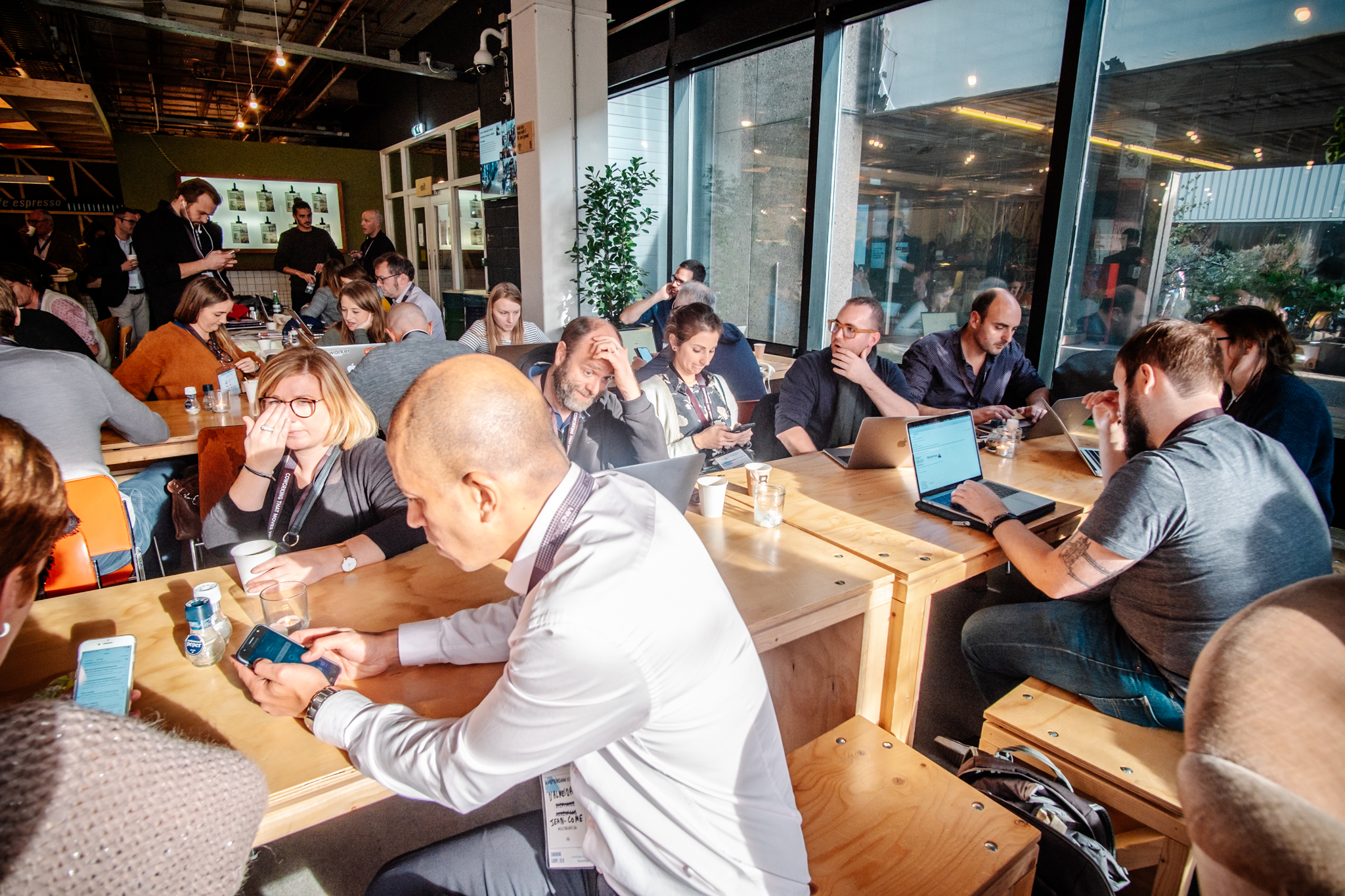 Petr Boruta is the Marketing Manager at Spaceflow, a platform that provides a global tenant experience platform and community engagement as a service that uplift the experience for people in spaces and buildings. Petr is a well-informed expert of what is happening in the workplace market and below we share some of his thoughts, insights and experience.

Hi Petr. Why is Central Europe worth considering today, would you say, with respect to the evolution of the coworking market practices?

Globally, London, New York and Los Angeles are still the top three cities in the number of coworking centres. However, the coworking map, I would say, is evolving rapidly. In Europe, for instance Warsaw and Prague are now becoming  new hotbeds for shared offices. 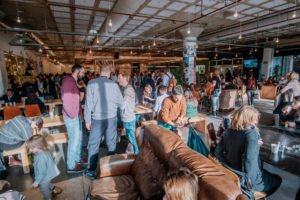 When I visited the CEE Summit (Central and Eastern Europe Summit) organized by Property EU and Poland Today magazine, what strucked me was how CEE is already progressive on topics that push boundaries in real estate. In the breakout session that covered current trends, people were mentioning how they enjoy being in coworking.

One of the participants said that he does not mind anymore to go to the « coworking » office during the weekend (if he has to) compared to his former (traditional) office. The motivation doesn’t come from the flexibility or from the physical amenities, like humming coffee machine – although they’re super convenient, don’t get me wrong. What’s appealing at coworking spaces is the possibility to meet people.

What learning do you take from the anecdote?

Humans are by nature social beings. Events, more breakout opportunities and random conversations in the kitchen. That’s where ideas sprout. As a matter of fact, participants of that conversation at the CEE Summit did not mention community in particular straight away. But when suggested, they all agreed it was the key factor.

We think about community as something natural – but actually, it’s not easy to build it up from a random herd of people. According to CBRE 2018 Occupier Survey, more than 80% of tenants perceive amenities as integral to the employee experience and 65% think service-oriented amenities are more important than fixed space-based amenities. Delos, the founder of the WELL standard, is right when it stresses that creating a culture of health and wellness in which employees actively participate, is more than providing a gym and healthy items in the cafeteria or introducing a corporate challenge. 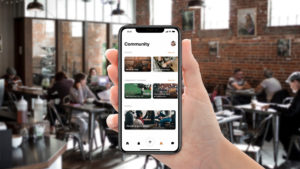 In another survey, respondents claim that they want their workspace to feel more like a community and that they expect landlords will participate in providing this experience.

That’s where flexible office spaces win it all with their workshops and social events. That’s also why, at Spaceflow, we encourage real estate players to think about curated content and community management in order to drive the engagement of people. It’s so important.

Would you say that real estate developers are now ready to figure out that people need more than just a roof and walls to work from?

Absolutely. Landlords and developers used to be rather sceptical about this serviced-office trend. That’s true. If they were to embrace it, then, they rather acquired a seasoned provider who was specialised in that. Nowadays, things are changing rapidly. We see more of those real estate players getting involved in building service by themselves, without much hassle. 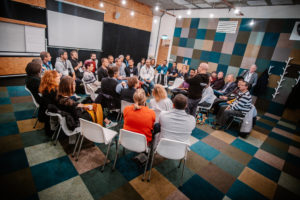 In CEE, HB Reavis made a very clever move by starting a new brand, HubHub. Skanska acquired Business Link. In the US, Tishman Speyer has launched Studio. And then you have CBRE  which launched its own coworking brand, Hana, in the US and one cannot doubt they will be rolling-out to Europe.

That being said, as Coworking Mag suggests, catching up with other players will be tough when you have competitors like WeWork, Regus and Knotel who have hundreds of coworking spaces already.

Who will take the juiciest slice of the market, do you think? Big international coworking brands or coworking services developed by Real Estate developers?

As participants of the aforementioned CEE Summit agreed, providing 100% of all their assets as coworking spaces would be too risky. Nevertheless, traditional real estate players are now moving into coworking business in CEE at the same speed or at an even more rapid pace as in other regions. Time will tell who’s going to be the winner but Asia Pacific region, where coworking is gainin  its true momentum, future-proofed that developers are successful with coming up with their own brands.

To come back on the market drives, do you see another reason for the rising popularity of flexible offices, aside of the appeal for communities and amenities?

Definitely: modern company structure. A typical small business life span is 4 years. 4 years! The average life span of 500 Fortune company has dropped from 60 years in the 1950s to about 15 years now. 99% of London companies employ less than 50 people. The simple truth is nobody can predict 5, 10, let alone 15 years ahead in this rapidly changing economy. As JLL puts in its 2017 Flexible Space report, “most organizations only have 24 months of revenue projections and 36 months of strategic planning”. Average lease agreement exceeding 5 years significantly is in sharp contrast with this. 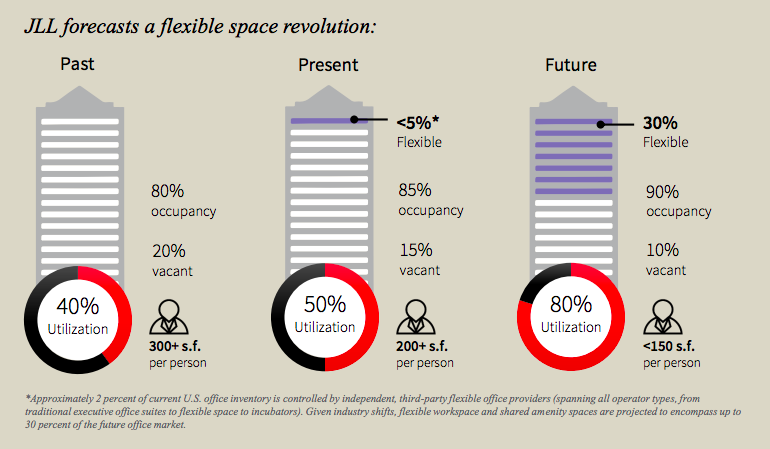 It’s almost a no brainer for traditional real estate to build coworking themselves when you consider these numbers: CBRE says 45 % of corporations expect substantial to moderate usage of flexible space by 2020. JLL is forecasting revolution by predicting that by 2030, flexible space will comprise of up to 30% of all offices.

It means corporations will also have to embrace the coworking move, isn’t it?

Again, yes, The most staggering number is that 41% (!) of all leased or owned corporate office space in the U.S. is vacant but paid for. The cost of this is roughly 150 billion USD and what is even more surprising is that the percentages are pretty consistent internationally.

Something is happening and it’s here to stay. What’s clear is that we need a far more effective approach on how we use space, one that is more flexible to evolving business needs.

What if you have coffee places with underused premises and people can book a desk through an app for a few hours to work?. Or what if you have restaurants that fill with workers during the mornings. This isn’t sci-fi but a reality already taking place. It’s all just a question of scale.