The maturation of the coworking market showcases a more and more perceivable split between two kind of players :

The pattern gets confirmed is a steadily growing number of metropoles around the globe London, Berlin, NYC, Chicago, Singapore, Sydney, Shanghai and many more.

Paris is no exception.

The international real estate advisory company Arthur Loyd just published a data supported study on the rise of the coworking industry in the Paris region.

According to the study, close to 70.000 m2 of coworking space are to open in 2017. “It’s as much as the total coworking openings we have seen in the Paris ragion in 5 years“, underlines the firm. 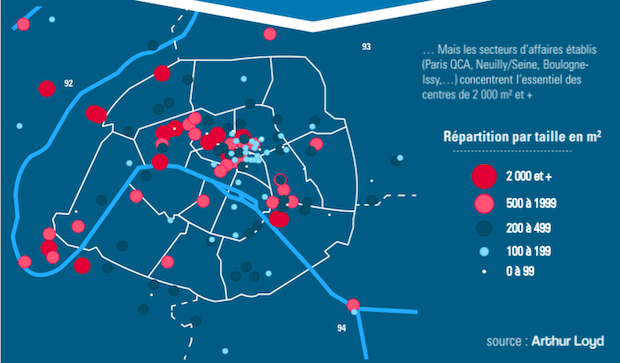 Whitin the last 24 months, the coworking offering increaseded by 167%.

“Nowadays, a mere 7% of the digital natives’ population (18 to 30 years old) consider to work from a traditional office”, observes the Arthur Loyd study.

Who drives the market up ?

According to the study, the parisian market is evenly divided in terms of the number of spaces between the independent and the branded coworking spaces (WeWork, Spaces, etc.). 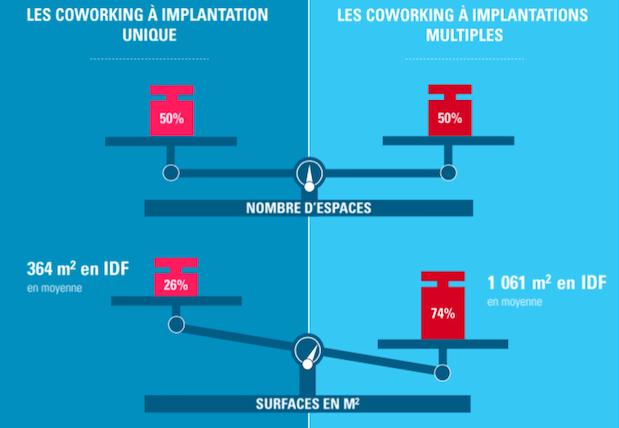 Independent coworking spaces in Paris started to ignite the demand seven years ago.

The rise of branded networks of coworking spaces is more recent in Paris, as it is in other major cities in Europe, Asia or America. 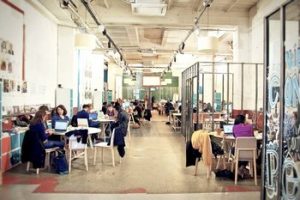 International brands like WeWork or Spaces (Regus group) opened their first locations only this year in the French capital.

Meanwhile, well-known French companies and investors have invested in the building of local coworking brands, now expanding in Paris and in other major cities in France (Lyon, Marseille, Bordeaux, Lille…). Those are Nextdoor, Kwerk, NOW and some others.

Branded coworking spaces represent nowadays almost 75% of the overall coworking market in the Paris-Ile de France region, due to their multi-locations strategy.

In other words, branded coworking spaces represent nowadays almost 75% of the overall coworking market in the Paris-Ile de France region, due to their multi-locations strategy.

A difference surfaces as well in terms of geographical location. Whereas branded coworking spaces tend to open in the very center of the city, close to the most prestigious addresses, on the main avenues, a.o., independent coworking spaces are, on average, more often located in the off-centre districts. 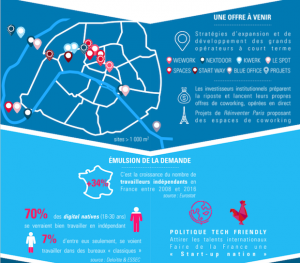 It means that the price of a desk for members is slightly lower within independent coworking spaces (401 € /month, on average) as opposed to the branded space with multi-location (493 € / month for WeWork), writes the report.

“Some spaces also position themselves within or close to the digital entrepreneurship hotspots or in Paris’s trendiest neighborhoods, not far from Bastille, Le Sentier or République“, comments the report.

A real impact on the real estate market in Paris 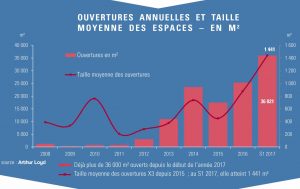 “Coworking will only absorb about 3% of the total transactions made in 2017, according to Arthur Loyd Investement. The market is generating a lot of new value, though. Landlord should take it seriously into consideration.“

For different reasons, as observe in other countries, corporations now are becoming users of coworking spaces.