Mutinerie in Paris used to be the poster child of coworking entrepreneurs in the early 2010’s. Launched in the north of the French capital, the ecosystem always sounded genuine and unique, with, back then, one of the most beautiful space design one could experience. Seven years later, the van den Broek brothers and their fellow co-founders have decided to put an end to the story. Coworking is now huge in Paris, as it is now elsewhere. We asked Antoine van den Broek whether there is still room for independent coworking operators nowadays.

Hi Antoine. For those who have been involved in coworking for more than 5 years, Mutinerie is a name that inspired a lot of players within the coworking world. Why are you shutting down ? 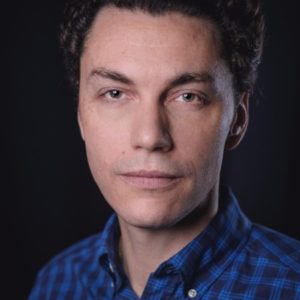 We are shutting down our Parisian coworking space for three main reasons. First, running a small independent coworking space nowadays in an expensive city like Paris is a real financial challenge.

Second, more than six years had past since we opened our Parisian coworking space, in this period of time life has changed for us, we all have children now, with all that comes with it. We used to be in Mutinerie from early in the morning to late in the day when not at night, we would hold events two or three times a week, often on the weekend, we would have drinks with coworkers at the end of the long day, sometimes even sleep in Mutinerie… This life we enjoyed is no longer possible. Another life we don’t love less has replaced it. A very common explanation of why things change…

Third, the coworking scene has changed too. What use to be a movement has became a market. The energy of the beginning, the sharing spirit has faded away, and big business is following his own logic. This is not a moral judgment; this is the way innovation works. One mission we had as coworking early players was to raise awareness on the way work is changing, we can say we have succeeded in that. Coworking is somehow becoming a commodity; innovation is moving elsewhere. This is not a surprise. We knew it from the beginning, as I said in an ITW back in the days, pioneers will need to move to a new frontier.

The coworking scene has changed. What use to be a movement has became a market.

In 2018, can independent coworking spaces still thrive in metropoles such as Paris ? Or can only big brands stand and develop within the market, nowadays?

Bringing business to your community acting as an “agency” is a solution.

Have the users’ profiles changed during all those years ? If yes, in which way?

Yes, it has changed. At the beginning, 50 percent of our members where foreigners, now that coworking has spread in France, it is more around 20 percent. We can also say that users of the beginning tended to be a little bit more “strange” than the one of today. They were early adopters seeking new experiences; they made this weird choice when few people did. With time, the public had “normalized”.

At the beginning, 50 percent of our members where foreigners, now that coworking has spread in France, it is more around 20 percent.

Would Mutinerie (Paris)’s business model and size do ok in a smaller city or town, would you say?

I would answer yes. The rent being the main cost (with HR), having access to much lower rental makes it easier. In smaller town, the competition is also less important. But you need to be sure to have the critical mass. It’s hard to answer generally as each city has a specific context and population. Some medium cities that offers good quality of life that fits freelancers’ needs and expectation can be good places to open a coworking space.

Is 400m2 a viable surface for coworking in today’s world?

It depends of your model and ambition. Would you want your place to be more than a shared office, you have to invest a lot in animation and community support. This fixed cost will be easier to carry if it is spread among 300 coworkers than 30. But you can also say that in a smaller space, people will meet each others easily so you don’t need to invest that much in animation… 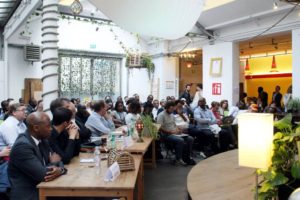 At the end of the day, it really depends of your goal : you can be an association with members actively engaged in the space management, you can be a collective of professionals sharing the revenues you get from your clients and the costs related to the space you share, you can also have a more real-estate approach automatizing all the space management to offer an accessible workspace and nothing more. It also depends whether this space is your only one or if it is part of a network. In that case you can mutualise marketing, communication, financial and administrative at the company level allowing economies of scale to be realised and liberating your spaces from those costs. In France, La Cordée is successfully managing a network of medium size spaces, mostly in regional cities (only one in Paris area), that would be interesting to have their view on this.

Mutinerie is known for its wonderful community and vibe. Why isn’t it enough, today? Had you considered to partner up with other player to bring the community into a new environment?

The Mutinerie community is special, it has always been the center and the goal of our project and we are glad to see how it flourished. Mutinerie has been the starting point of so many successful projects and beautiful friendships. A generation of disrupters started here. But what makes it so human is also what makes it difficult to scale. Relationships are personal, not exponential, and you don’t take a cut on all positive externalities that you made possible. There is no clear correlation between serendipity and cash flows. Partnering up with other players ? Why not. You can build or join a network of other existing spaces, you can also partner up with some big real estate players to scale quickly. We had considered these options but did not go further in that direction.

Relationships are personal, not exponential, and you don’t take a cut on all positive externalities that you made possible.

What should/could, according to you, have been done for/by Mutinerie to be able to go further with its coworking offering?

I don’t know how to answer. At the end, an independent coworking space, like us, relies on the shoulders of a few people. As long as you are happy doing it, it’s fine, you find the energy but comes a time when you want to move to something new or somewhere else. Most of us are leaving Paris. Our lives have changed, we want and need new challenges.

At the end, an independent coworking space, like us, relies on the shoulders of a few people. As long as you are happy doing it, it’s fine.

What would you recommend to independent coworking space operators, based on your experience?

For general advices, I’d recommend you check Ramon Suarez’s Coworking Handbook. But all spaces have specific issues, are in different stages, this environment is so diverse that it is hard to give a general answer. If I had to, such as now, I would say: think of yourself as the head of a collective of professional and find a way to bring more business to it. Being the source of new incomes puts you in position quite different from being the guy who sends invoices. Many enterprises are trying to give freedom to their employees, you can be the one who gives structure to free workers.

What’s next for Mutinerie, now ?

We are putting our attention on Mutinerie Village, the rural coworking space we launched four years ago. Some of us have already left Paris to settle in the Perche (the name of this beautiful countryside, located less than two hours away from Paris) and there is now a real Mutinerie community there. In fact the social life around Mutinerie Village is incredibly rich. Nowdays, as a freelancer, you can be living in a lovely natural parc and have a fulfilling professional life. To give a bigger echo to this lifestyle, we recently launched l’Ambassade du Perche (the Perche Embassy). The goal of this program is to help freelancers who wants to leave the city, move here in the region. Mutinerie’s center of gravity has changed but the community remains. We all met in an important time of our lives, we grew together and nothing can erase these precious relationships and this collective identity. Our Parisian coworking space is closed but we still see each-others and work together… What is dead may never die.