Coworking in Japan is still in its nascent stages, we hope Startup Retreat Japan can help popularize the movement. 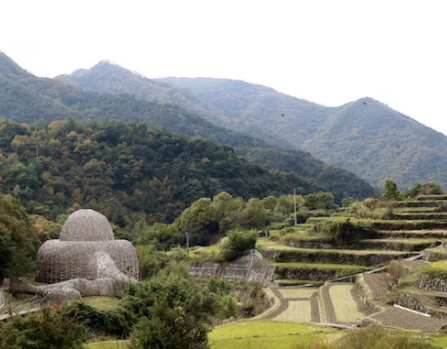 Daniel Klose was working as a project manager in Berlin, enjoying the vibrant startup scene, but looking to get outside of the city. Having always dreamt of working remotely, but not willing to commute on a daily basis, he decided to change things up in a big way. He and his wife packed up their things and moved to Japan and open a Café in the countryside. Combining the café and web development they got settled in Setouchi-Shi, Okayama. Today, Daniel is working on brining coworking retreats to Japan, though Startup Retreat Japan and navigating the startup scene one day at a time.

Hi, Daniel. Can you please tell us a bit about how you established Startup Retreat Japan? 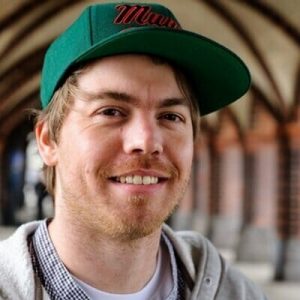 I was still following the startup scene and tried to get involved as much as possible with tech expats in Japan. I quickly realized that for some reason this is a huge correlation between tech company employees and their interest in the Japanese culture.

At the same time I saw the potential for growth in my area as it used to be a touristic resort area during the Japanese assets bubble. So you the environment was in place, but there was no one around anymore to populate it. So my co-founder Aimable and I decided to just give it a try.

What was the coworking scene like in Japan when you first started Startup retreat?

Startup Retreat Japan is still in its beginnings at the moment. We are currently evaluating some potential clients but have not yet had any bookings in place. In general coworking spaces in Japan are not much of a thing.

Freelancing in japan is still pretty much ten years behind the rest of the world and is considered “unprofessional” I suppose. The city of Okayama has 2 coworking spaces, but they seem to be mostly used by sales people for companies. Also, I have yet to meet any developers there.

Is the concept of work in Japan still traditional?

I would say that South East Asia is especially popular due to its nice weather and more importantly cheap cost of living. Japan is not necessarily known for neither, especially not cheap cost of living! Whilst the tourism sector in Japan is seeing the strongest growth in all of Asia, it is still well behind the tourist hotspots like Thailand, or Vietnam. Also, tourism in Japan is largely dominated by South Korean and Chinese tourists. I saw some numbers showing that these groups make up about 75% of all the tourists at the moment.

How have people responded to the overall movement in comparison to coworking in other Asian countries ?

I believe the concept of co-working can not at all be applied to Japan as it is seen as in for example Thailand. We were discussing our project with the tourism department of our town and they weren’t even aware of the concept of remote work and especially not work retreats. It is important to understand that we only market our services to foreign companies because of this. Whilst it would be easier for Japanese companies to use our services I think there is far more potential in targeting modern businesses.

You are based in Okayama. As it is a relatively rural area, was it difficult to get the project off the ground? 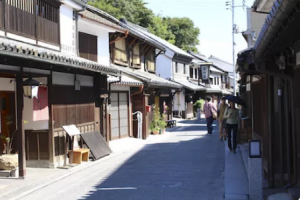 To be honest, it was surprisingly easy. As mentioned above the area used to be a Japan tourism hot spot in the 80s and 90s. Nowadays almost all the space run under capacity and they are desperately looking for ways to improve their situation. The city was very cooperative too.

What are the benefits of offering a program to coworkers in a more natural setting?

I believe the most important aspect for any business is to get things done and ship. There are usually two types of work retreats nowadays. Team building retreats and the ones where a team should actually work. We try to market our space towards the second one. Getting things done in a beautiful environment, without distraction. This is also why we offer a complete package experience, which includes airport pickups/drop-offs. We also offer a concierge service, meal delivery and transport to restaurants, activities, etc. Basically we keep all the noise away and make sure that you can reach that milestone.

What types of members do you usually attract? Are you focused more on nomadic workers, or are you more focused on the local community?

As mentioned earlier we are mostly looking abroad. There seems to be a great affection for Japan and their culture in the tech economy especially in NA and Europe. I would be happy to welcome Japanese firms in the future but I believe we have to wait a few more years before work retreats becoming a thing here.

What are some of the unique qualities of coworking in Japan that might interest coworkers who travel frequently?

I believe one of the biggest advantages that Japan has to offer for digital nomads is their broadband connectivity. Countryside town cafe surrounded by farms, with 1gbps up and downstream fiber, you find it here. Besides Korea, Japan is probably one of the only places in the world that opens the digital nomad door for people who have to handle a lot of data to make a living e.g. video editors and such. Other than that, I believe Japan is still a place that is relatively untouched by Western cultures, so you experience these “wow” moments quite often.