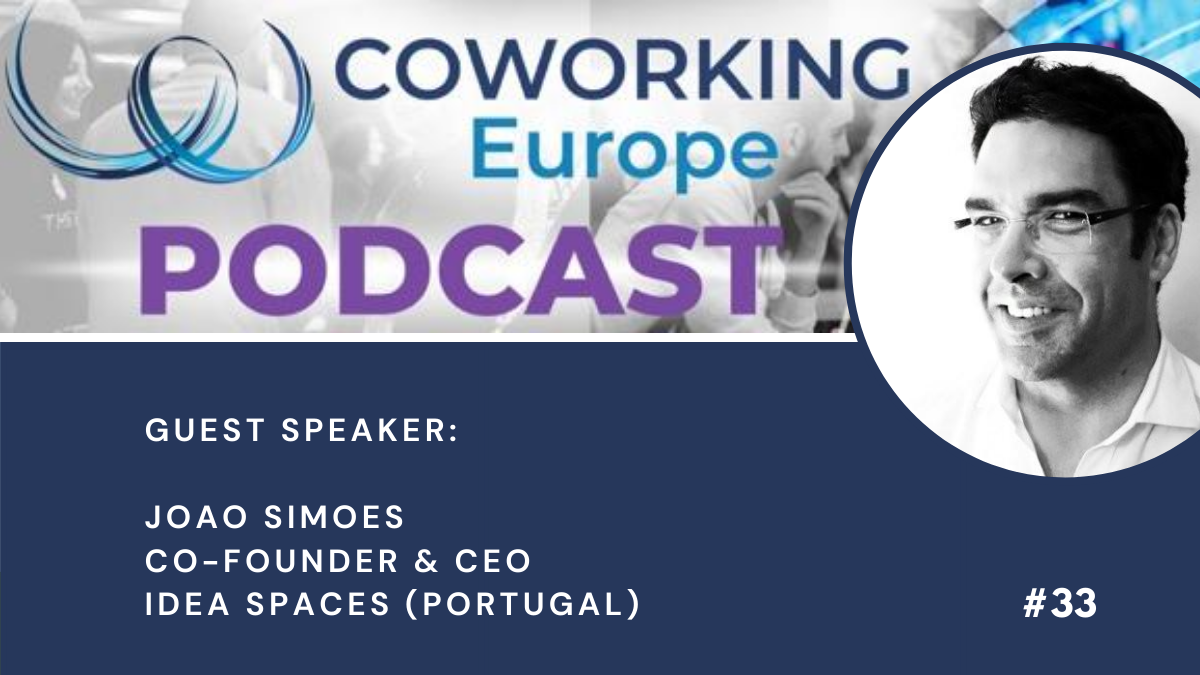 Joao Simoes is the co-founder of IDEA Spaces, a Lisbon based coworking operator which started its activities in 2014 within a 400 sqm space. Six years later, IDEA Spaces is soon to open a third location, cumulating a total of 10.000 sqm surface under coworking management.

The highlights from our conversation with Joao Simoes are summarised below:

Watch the full video conversation with Joao Simoes below.