In the Deskmag Coworking Trends Survey 2021 – 2022, most coworking spaces were optimistic about the new year. However, their economic situation continued to be severely affected by the pandemic. Meeting spaces in particular have been in high demand recently.

Download the results of the Survey by clicking here below 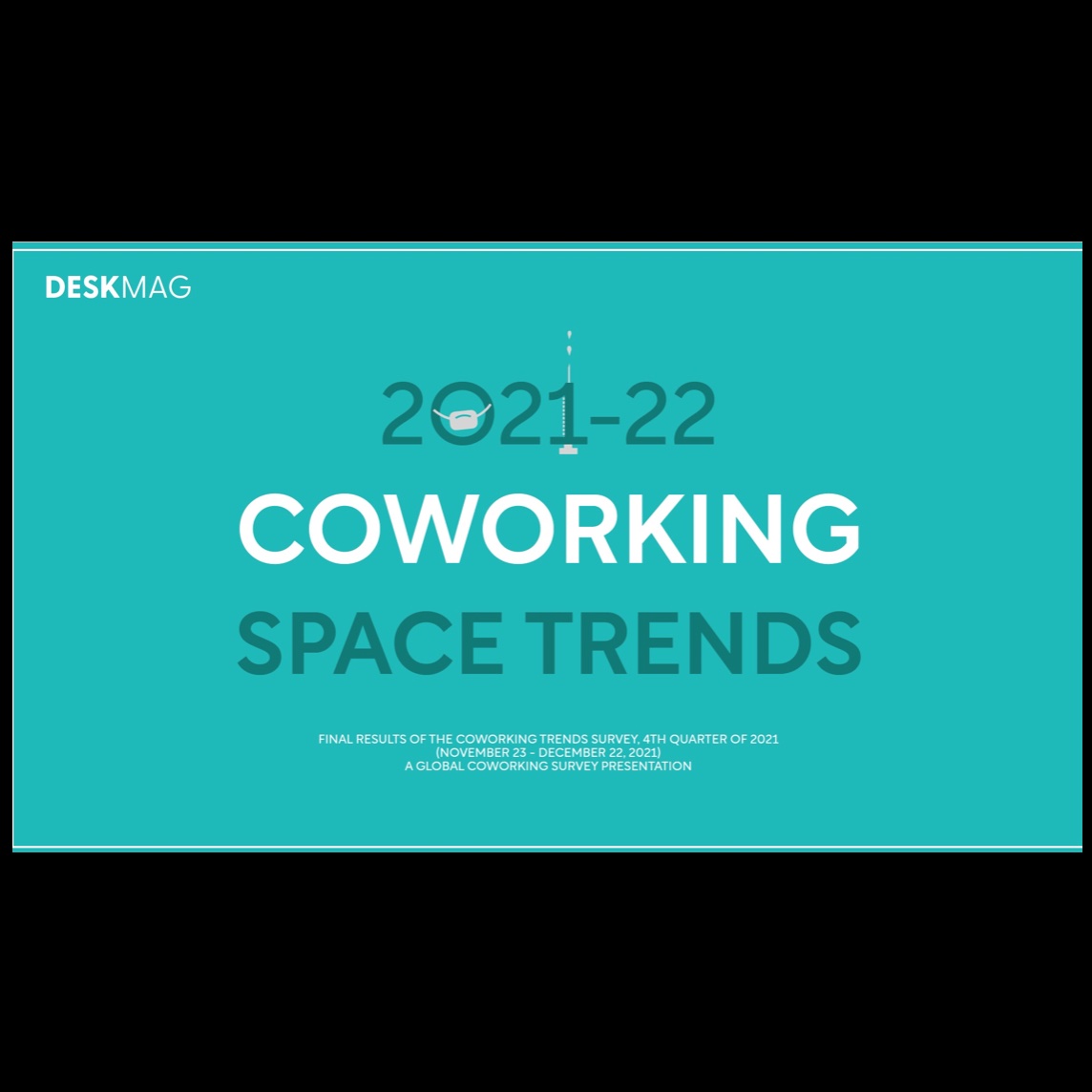 In the Deskmag Coworking Trends Survey 2021 – 2022, most coworking spaces were optimistic about the new year. However, their economic situation continued to be severely affected by the pandemic. Meeting spaces in particular have been in high demand recently.

How are coworking spaces doing after two years of the pandemic? The vast majority of them described their current situation as good or satisfactory (79%). In Europe, the proportion of those who assessed their situation as ‘good’ doubled compared to the previous year. 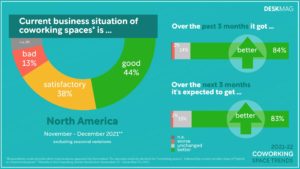 Two-thirds of all coworking spaces responding to the survey reported membership growth in the final quarter of 2021. Half of them increased revenue and, just as frequently, their profitability as well.

In North America, the current business situation was rated even better overall.

The Corona pandemic continues to be extremely influential

The reasons for the differences between responses in Europe and in North America can probably be found in the different distribution and also different regulations due to the corona variants.

The development of the pandemic and legal requirements were not covered in detail. However, during the survey period, Europe as a whole enacted stricter measures against the Corona virus than did North America. And this in turn affected coworking spaces.

Compulsory home-oﬃce rules and the ban on large events were mentioned significantly more often by respondents in Europe; in North America, measures were more often limited to wearing a mask at desks, in addition to physical distancing rules.

Overall, however, the ‘fear of the Coronavirus’ topped the global list of major economic constraints by far. About a quarter of responding companies also saw themselves as economically limited by the lack of planning certainty.

The workplace is changing.

Let’s shape the future of the workplace together!